I have a confession.  A dirty little secret.  I have become a cougar.  What, you may ask, is a cougar?  Colloquially, it is a woman who preys on younger men.  I can’t say this is a habit of mine, but having met and been flirting with a guy just about a year and a half younger than I, almost a 1990 baby, I’ve encountered some criticism both from myself and others.

I know I am not alone in this since I criticized my housemate for dating a younger guy earlier this year.  Hell, we went so far as to nickname him Jon Benet, after the slain beauty queen.  The house itself? A suggested rename from the Panty Palace to the Playground, or Daycare. 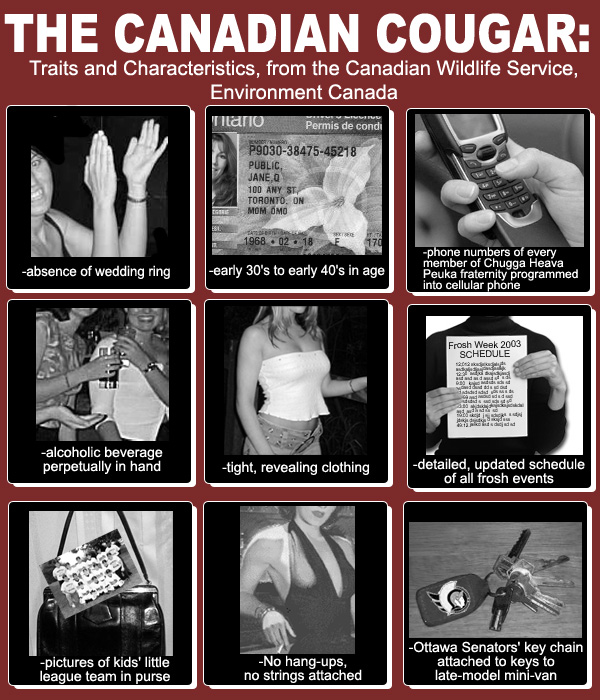 For whatever reason, it is just not socially acceptable for a woman to be interested in or to date a younger man.  Why is that?  How does it make any sense that when a woman dates an older man, she has daddy issues or is a golddigger; a younger man, she is a cougar?  When a man dates younger women, he is considered a stud, a real catch for being able to entice and trap such a pretty young thing; an older woman and he is a stud for being with an experienced lady.  Why the double standard?